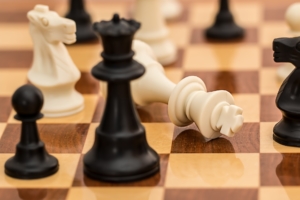 Brigham and Women’s Hospital owned a patent (US 5,229,137) directed to “Methods and pharmaceutical compositions for treating episodic heartburn.”  They licensed the patent to Johnson and Johnson and it became one of the Orange Book listed patents protecting Pepcid Complete®.  When Perrigo launched its generic version, Brigham sued Perrigo* for patent infringement.  After all, the generic version had all of the same ingredients listed in the patent claims, a combination of a histamine H2-receptor antagonist (famotidine) and an antacid.

However, the patent claims specified “immediate and sustained relief from pain.”  Brigham’s problem arose when it was revealed that the time intervals for the relief were described differently in the patent than they were on the label for the product.  In the end, the generic version was not found to infringe.

Could they have avoided this loss?

Perhaps they should have put a little extra care and effort into drafting their claims with a commercial product label in mind.  You might be tempted to blame the patent attorney, but the ultimate responsibility falls on the applicant.

The moral of the story

Get some internal advice and have a strategy for your patent applications.